He’s one of the world’s most famous food writers, chair of the World Restaurant Awards judging panel, and creator of the wild food show Gelinaz! Meet ANDREA PETRINI, who tells us how he connected with Slovenia and it’s culinary star Ana Roš.

I had a dynamic chat with Petrini on the occasion of the first European Food Summit (EFS) held recently in Slovenia’s capital, Ljubljana.

Stealing some moments of his precious time wasn’t easy, but it had to be done: For starters, he’s “The God of Food” according to Vogue Italy; for seconds, he thought up the food summit together with Ana Roš, the master chef behind Hiša Franko, one of world’s best restaurants.

And I was also curious about why he chose Slovenia as a host for what is set to become Europe’s most important culinary event. Let’s find out…

What’s your connection with Slovenia?

I first came to Slovenia in 2006 to meet Gostilna pri Lojzetu’s chef, Tomaž Kavčič. I’d also intended to see Ana Roš, but that didn’t happen unfortunately. Then fate stepped in and I met Ana in Italy around the year 2000 during an open day at a drug rehabilitation centre where chefs from all over Italy gathered to cook and share their knowledge. Ana was giving a speech, and I was captivated by her and the idea of Slovenia’s small family restaurants.

Following that we kept in touch, working together on a number of projects in New York, Poland, and so on, and in 2014 Ana joined the Gelinaz! family. I’ve made several visits to Slovenia since 2013, first visiting Kobarid and Ljubljana, to then venture further through the country, discovering more of this green land’s culinary treasures.

What brings you to the European Food Summit?

Ana told me that Martin Jezeršek, Managing Director at Jezeršek catering, was interested in collaborating to take the already established Gourmet Cup Ljubljana to an even higher level that will also a include a symposium that will connect the world’s top culinary mind. I stepped in with body, mind, and soul, of course!

How big is Slovenia on Europe’s and the world’s culinary map, and what makes it a perfect host for the European Food Summit?

Slovenia is not big yet, but it will grow by having more strong-willed people like Ana Roš.

Many are looking to it because it encapsulates numerous qualities that are valuable in today’s world. It’s a small place with a story, a tradition, with peasant roots.

It enjoys a central position so it’s positively influenced by middle European countries like Italy, Germany, Austria, and the Mediterranean, as well as Southeast Europe. That makes it extremely diversified and very intriguing culturally speaking.

People have this image of Slovenia: It’s beautiful, very green, with mountain valleys and clear rivers, which is altogether not too different from the image that Ireland is projecting.

With a great choice of food and some daring chefs, Slovenia is undoubtedly superb to accommodate the European Food Summit.

What was the summit’s highlight in your opinion?

Definitely the symposium, by which I wanted to showcase a vast range of interesting people with captivating stories, different people coming from different backgrounds.

What happens when you have a three Michelin star chef from Northern Europe [Esben Holmboe Bang] and a chef who is still very young yet is producing amazing food—Riccardo Camanini from Lake Garda? Or a guru and poet, not just a chef—Andoni Luis Aduriz—and Jordan Kahn from Vespertine in Los Angeles who’s opened probably the most visionary restaurant that I’ve seen lately?

Vespertine is a huge building with just 22 covers, and the only place I know whose references go beyond the street realm of food. It’s more like entering a David Lynch movie or Kubrick’s 2001: A space Odyssey than going into another fine dining restaurant. It only just recently won a Global Award for ‘Atmosphere of the Year’.

Which are your favourite chefs and restaurants in Slovenia?

Ana Roš any time! Well, I found all the places I’ve been to in Slovenia very interesting—some fine dining, some eateries with sustainability-obsessed young chefs. When I go to a restaurant it needs to be more than just food.

One day, I accidentally stumbled upon Skaručna, a crazy place with this rough, wild guy [Slavko Žagar] cooking some peasant food… really tasty! Most of the stuff was cooked in the oven. When these days people are still cooking sous vide, the guy was cooking a huge chunk of lamb to perfection in the oven… he was making veal tongue with lots of horseradish. It was exciting, punkish, tasty, totally unexpected!

I must also mention chef Luka Košir of Gostišče Grič in Horjul, and Monstera Bistro in Ljubljana.

Any talented Slovenian chefs that are still not very known and deserve our attention?

What message would you like to convey to Slovenia’s chefs?

Keep doing what you’re already doing and try to open new doors. Be creative on a daily basis.

Where do you see the European Food Summit going in the next five years or so?

We’ll have more days of symposium with an even wider array of speakers from all corners of the world.

The European Food Summit, formerly Gourmet Cup Ljubljana, was organised by Andrea Petrini, Ana Roš, and Jezeršek Catering, joined by partners STO (Slovenian Tourist Board) and Ljubljana Tourism. It took place between March 16 and 19 in Ljubljana and Krvavec. The following EFS editions are also being planned to be held in Slovenia.

See below for more details on the European Food Summit 2019. 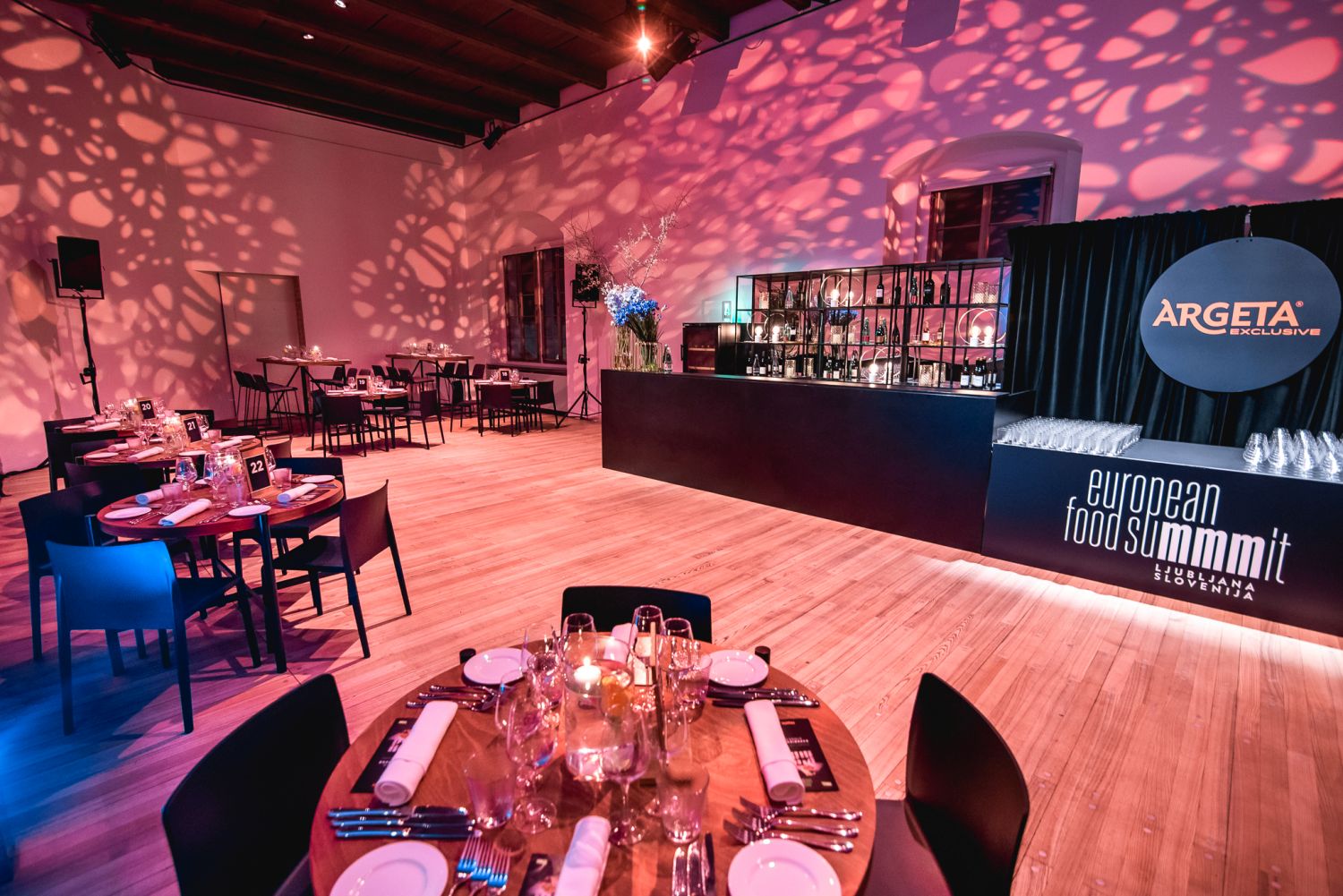 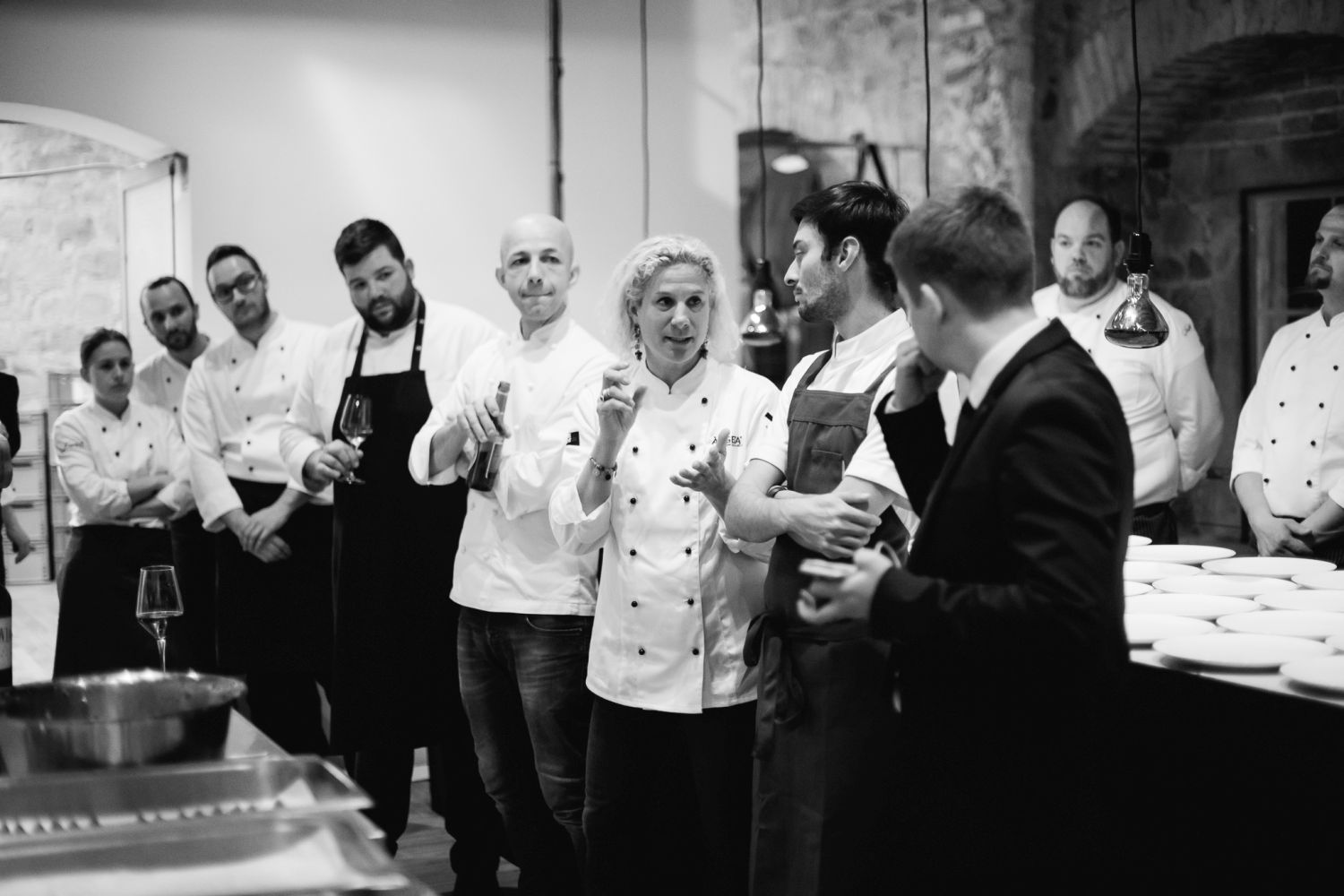 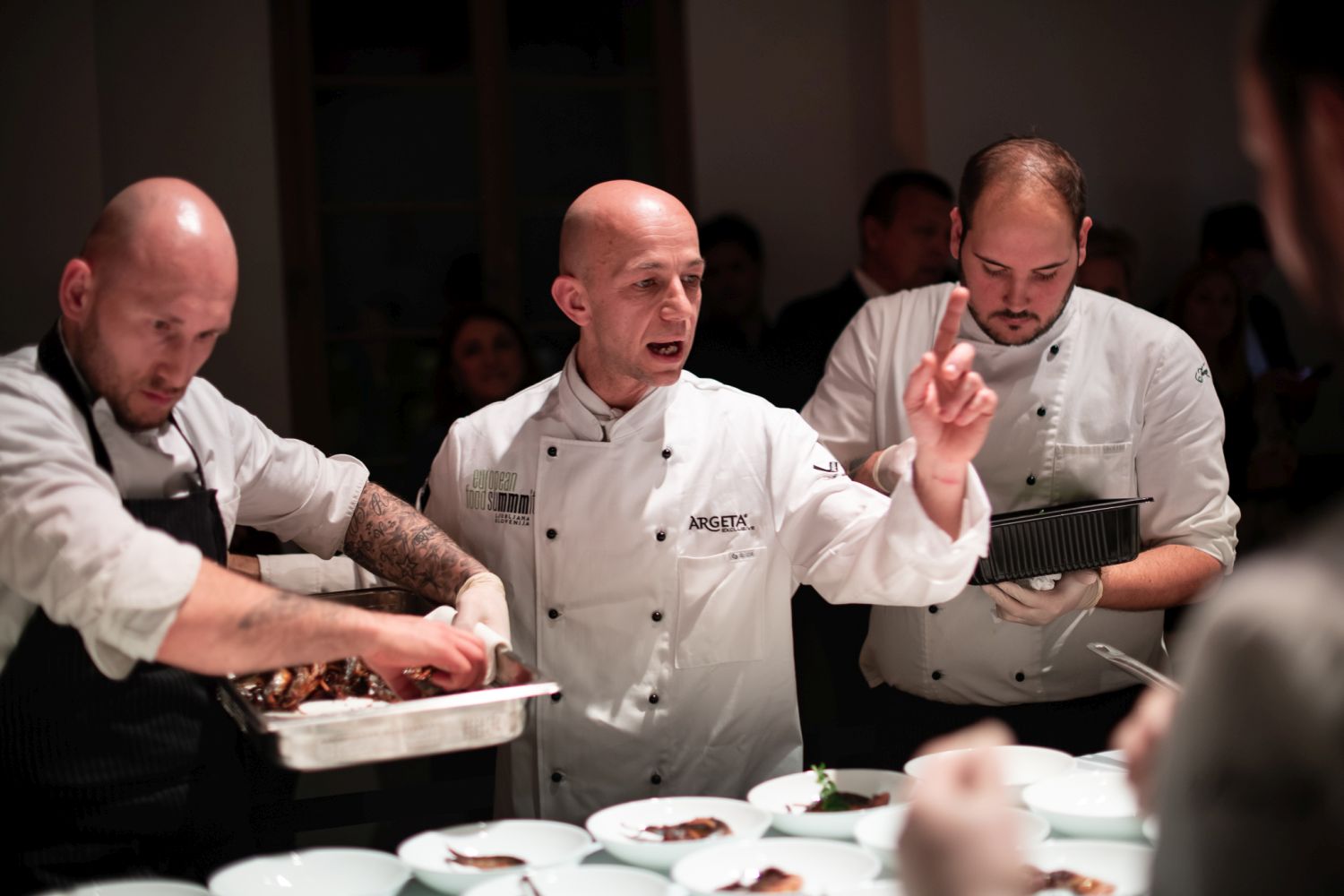 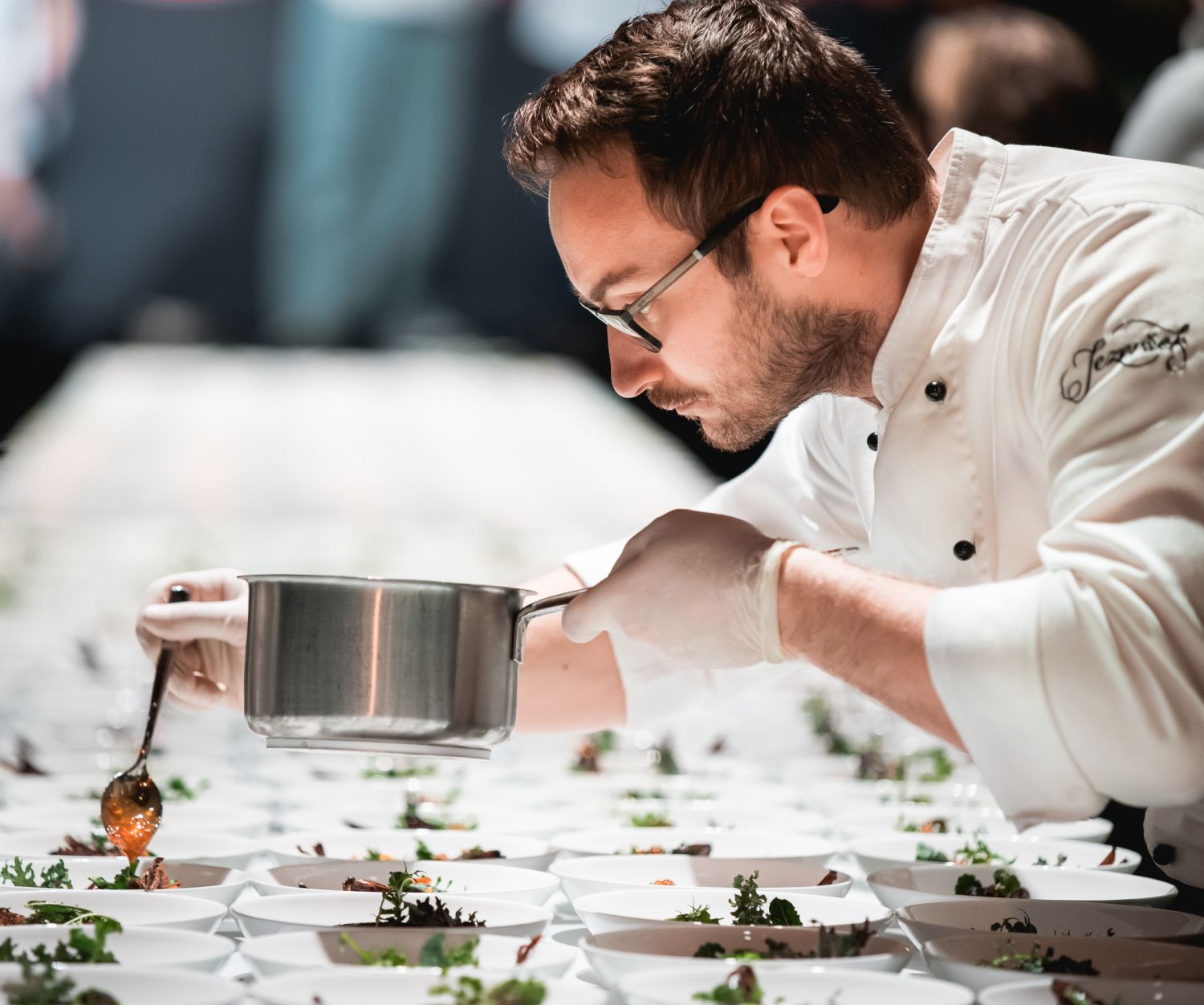 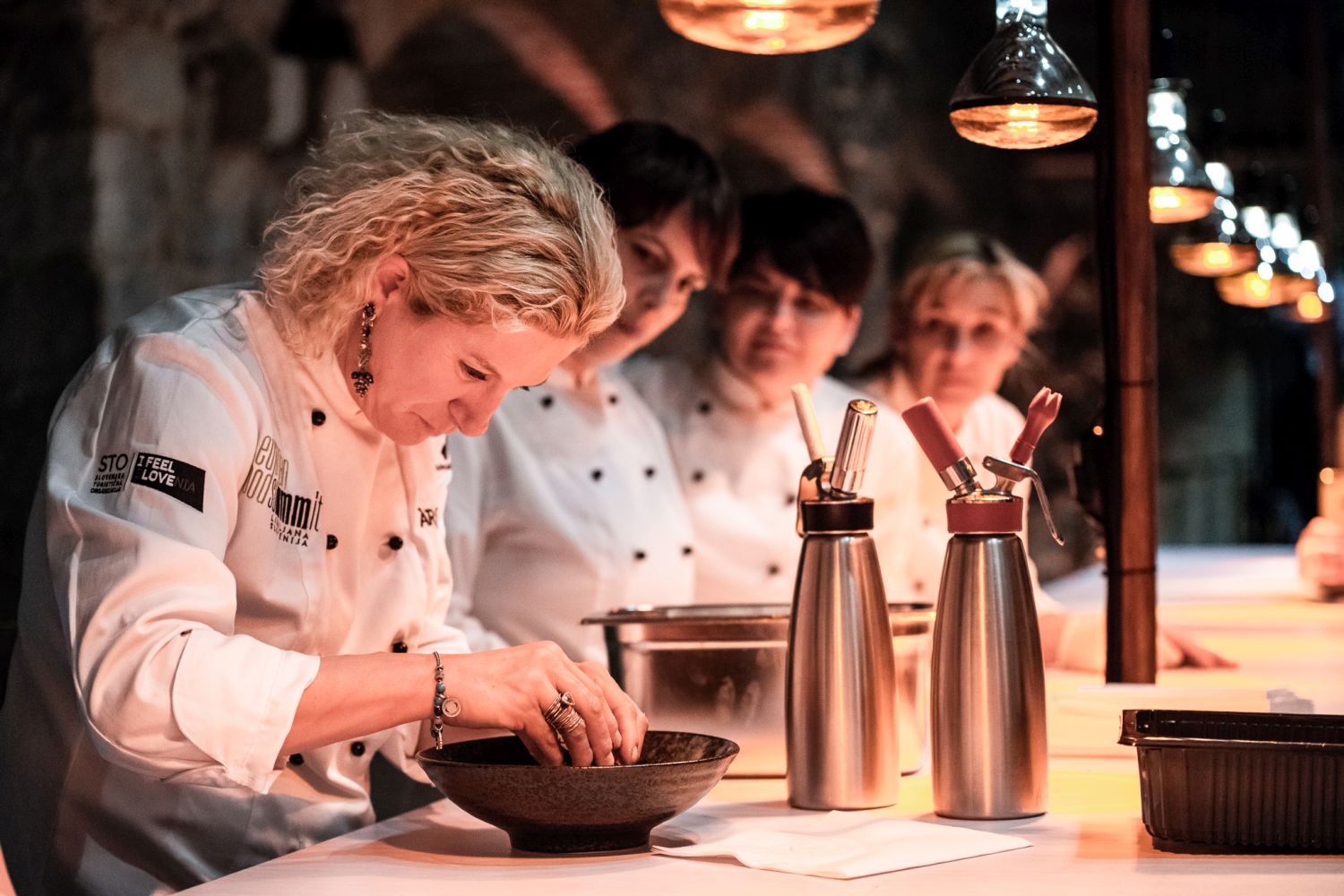 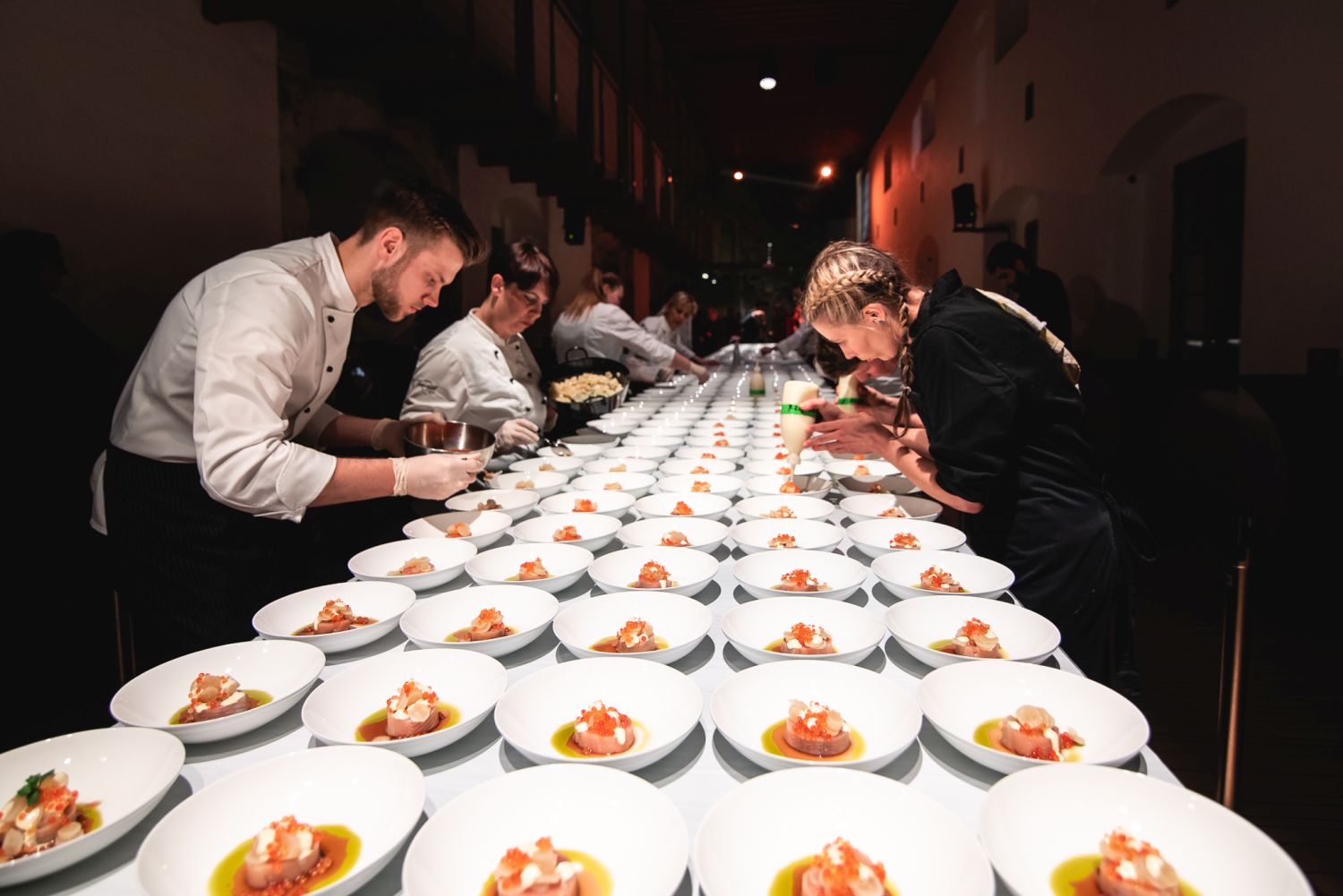 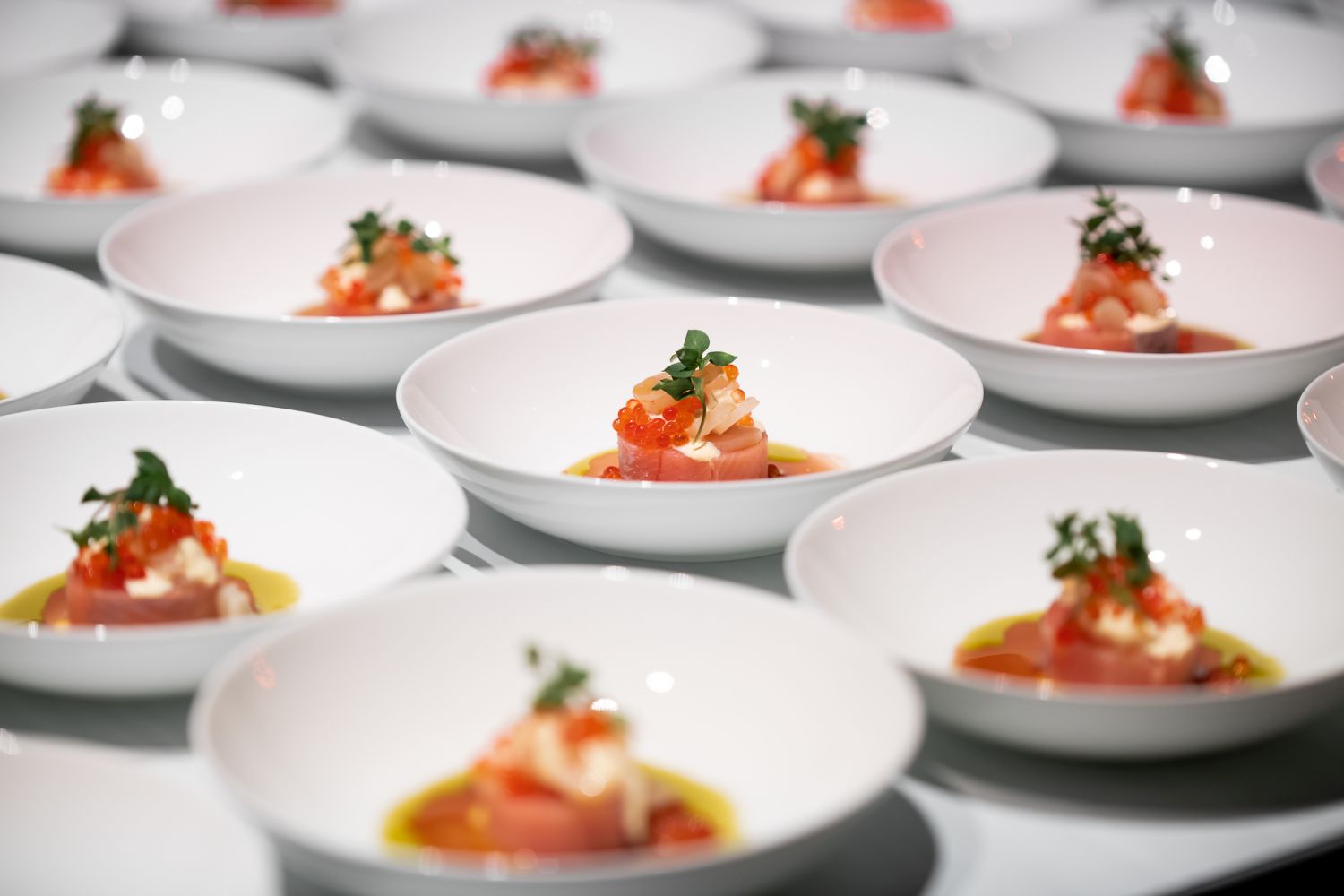 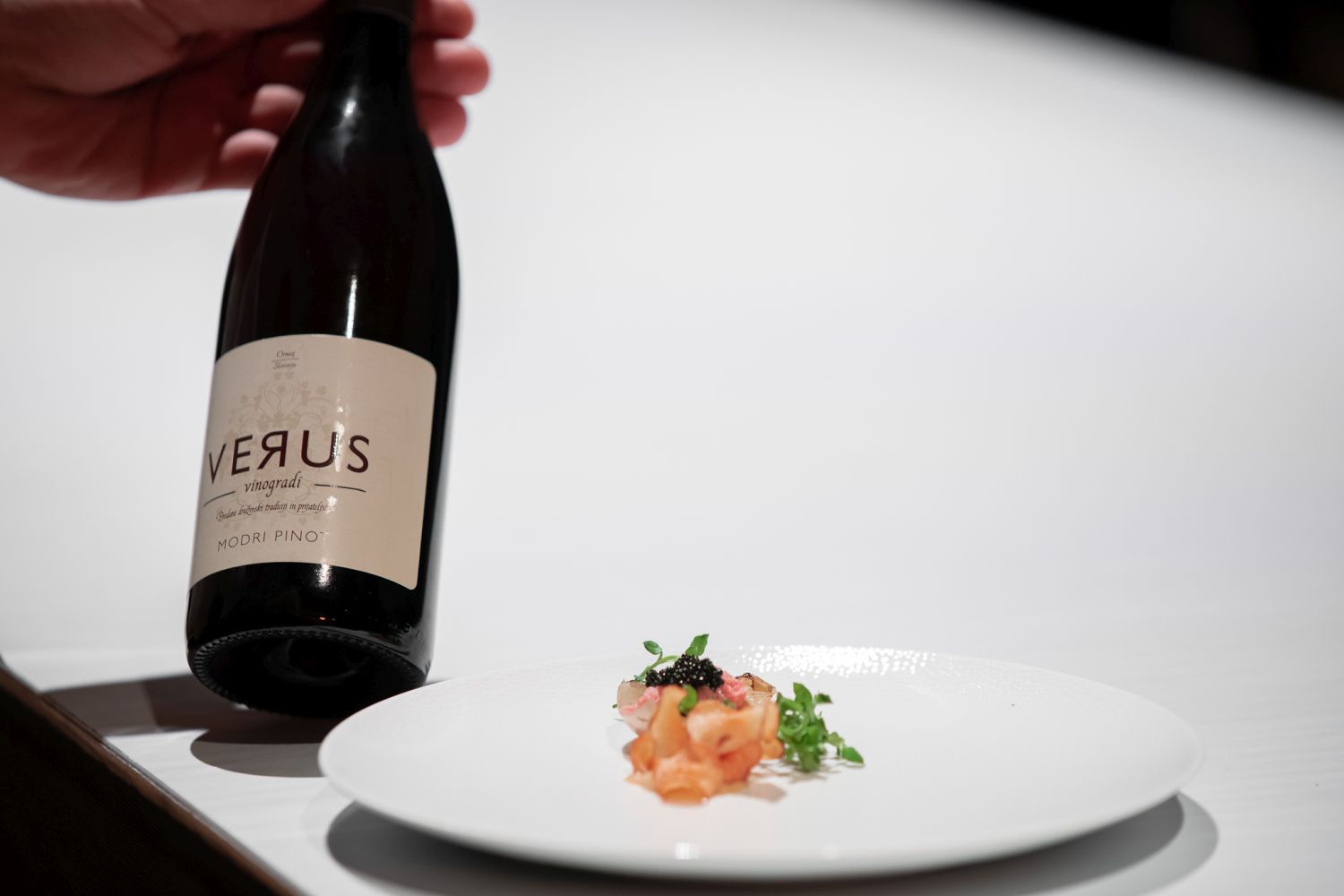 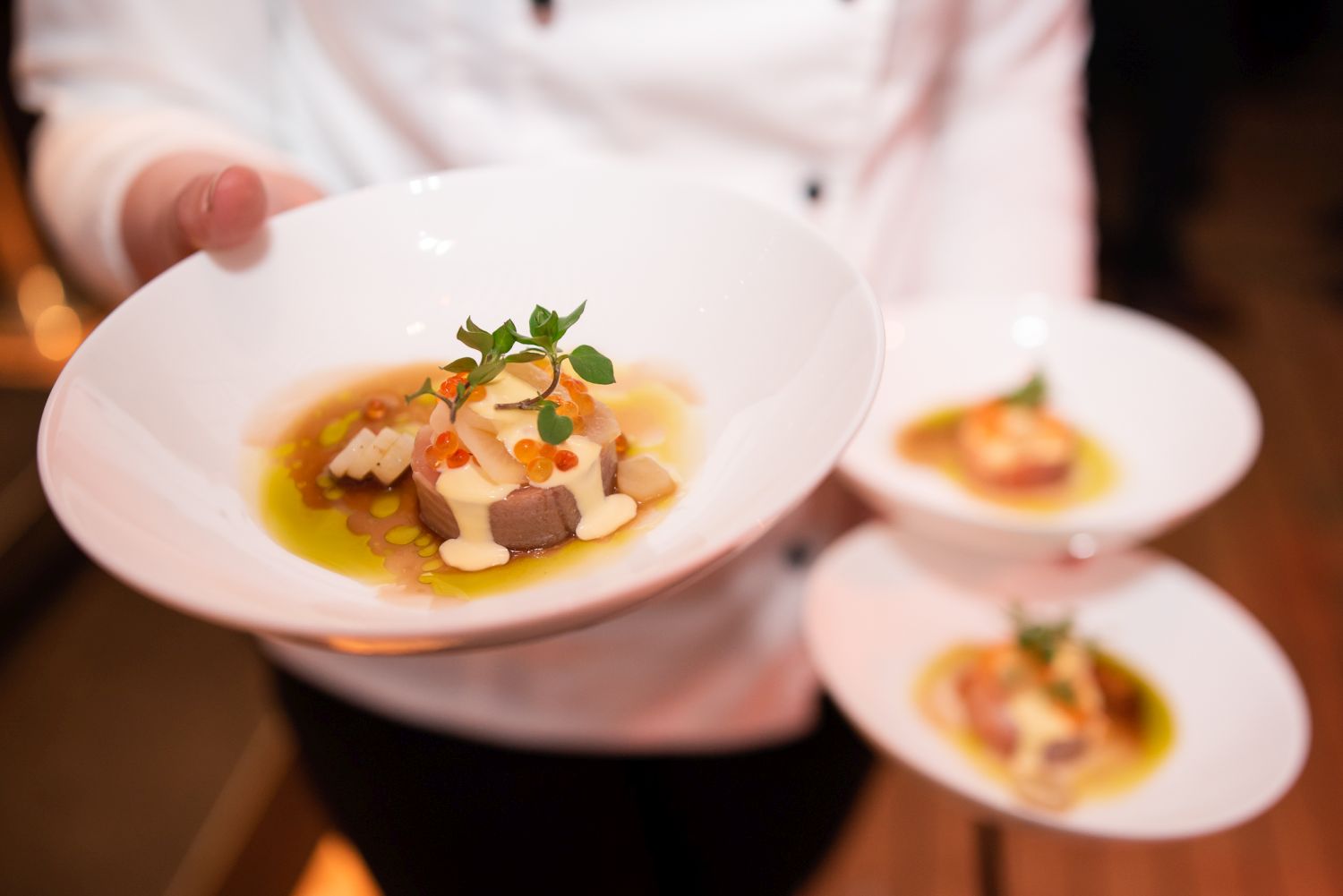 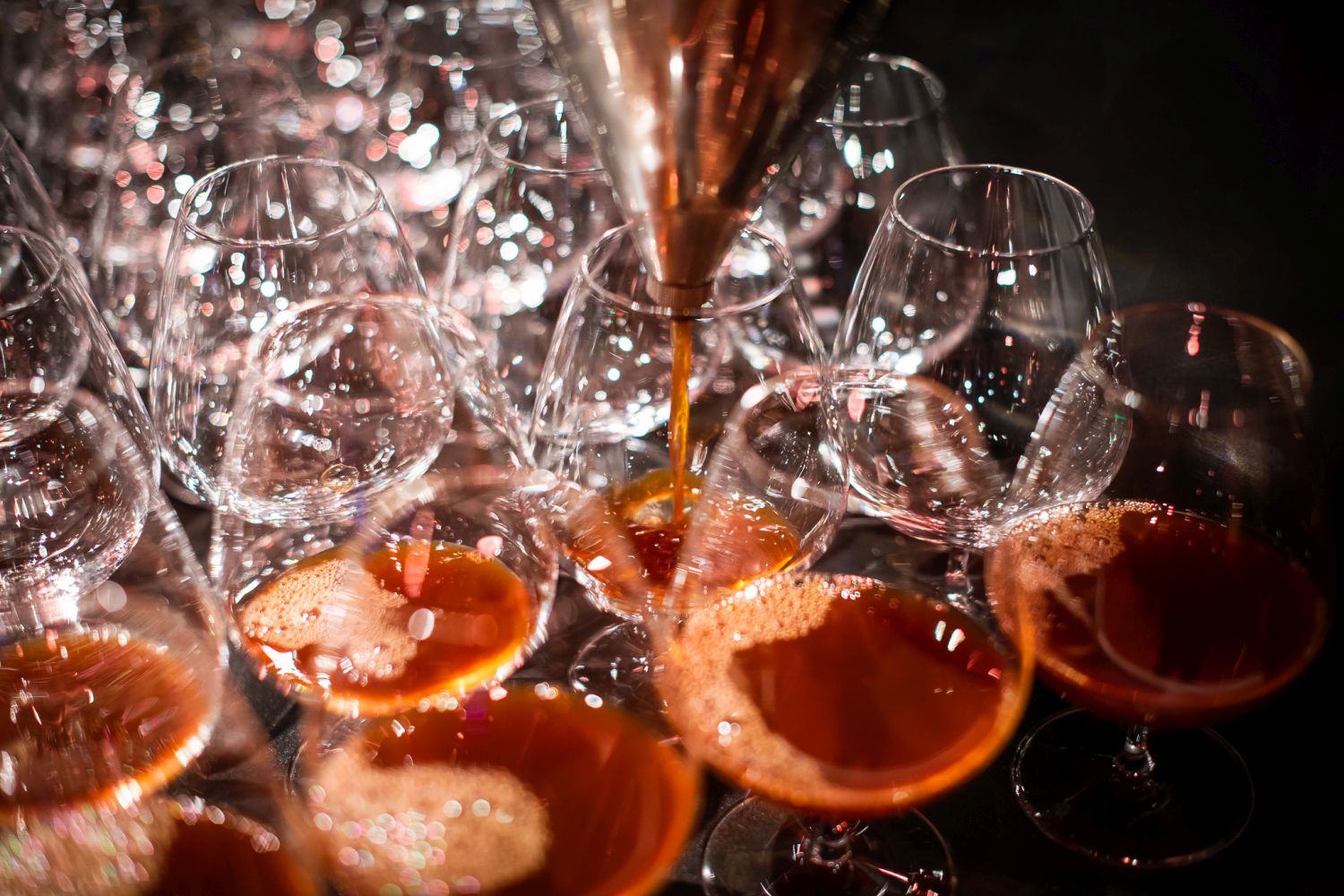 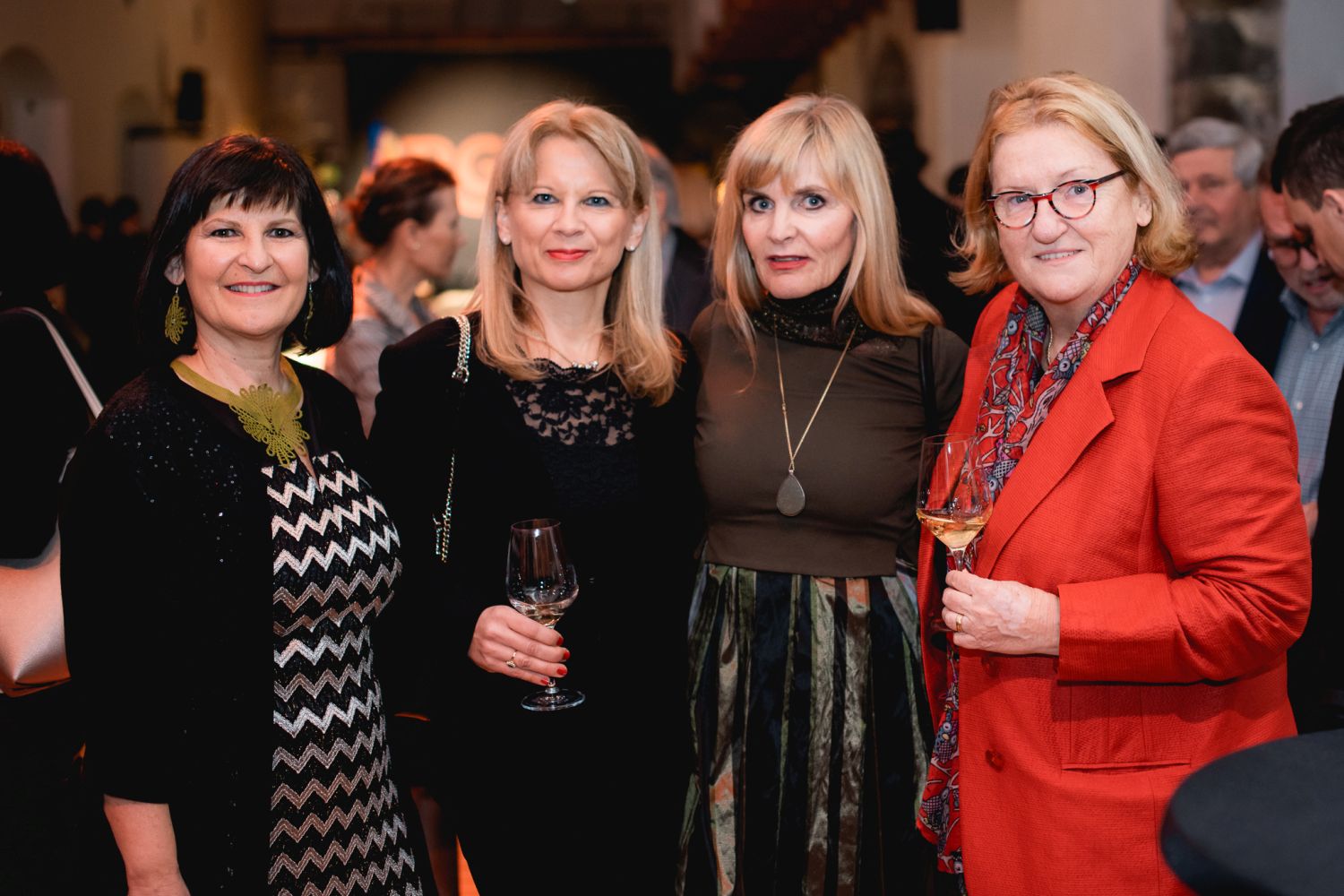 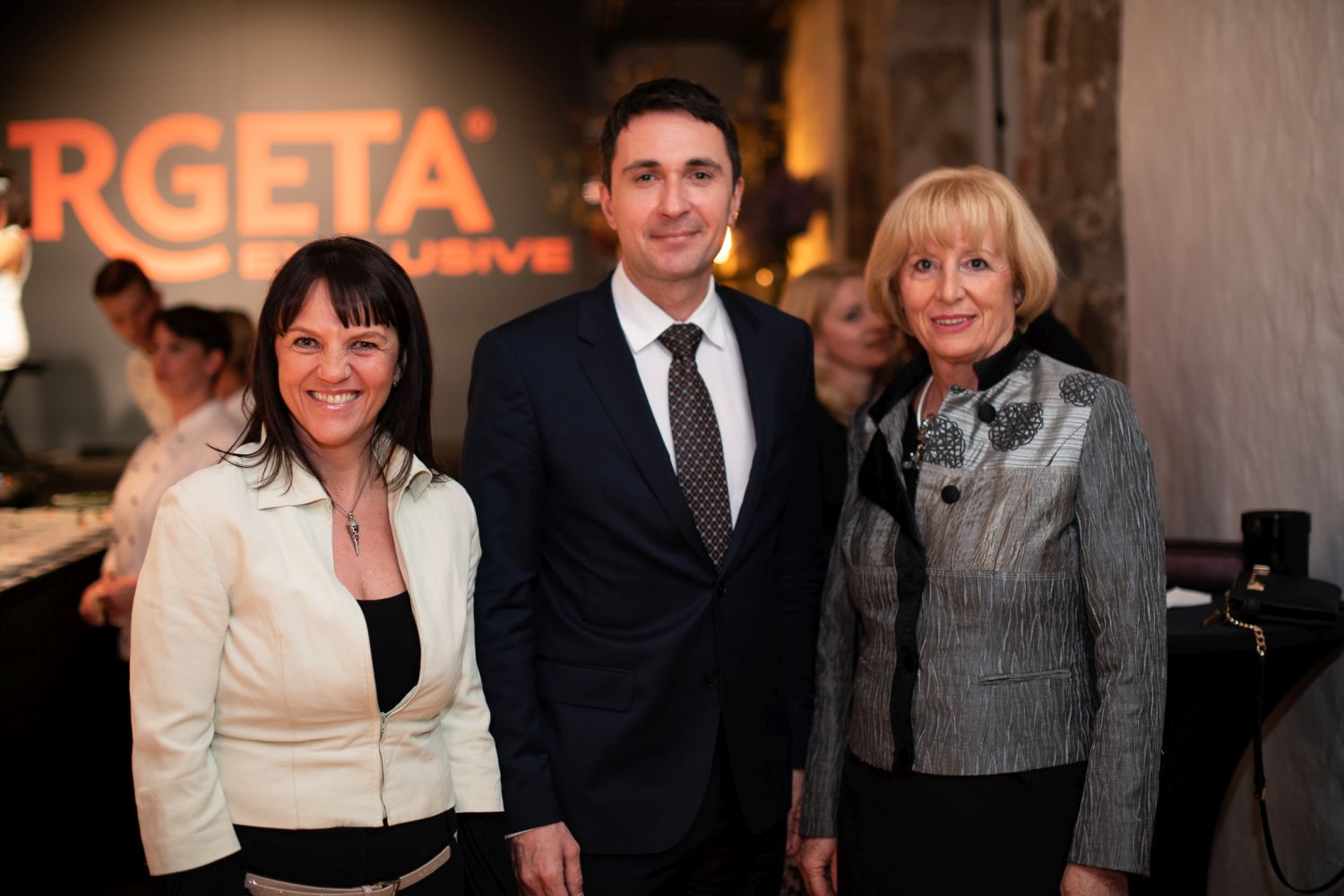 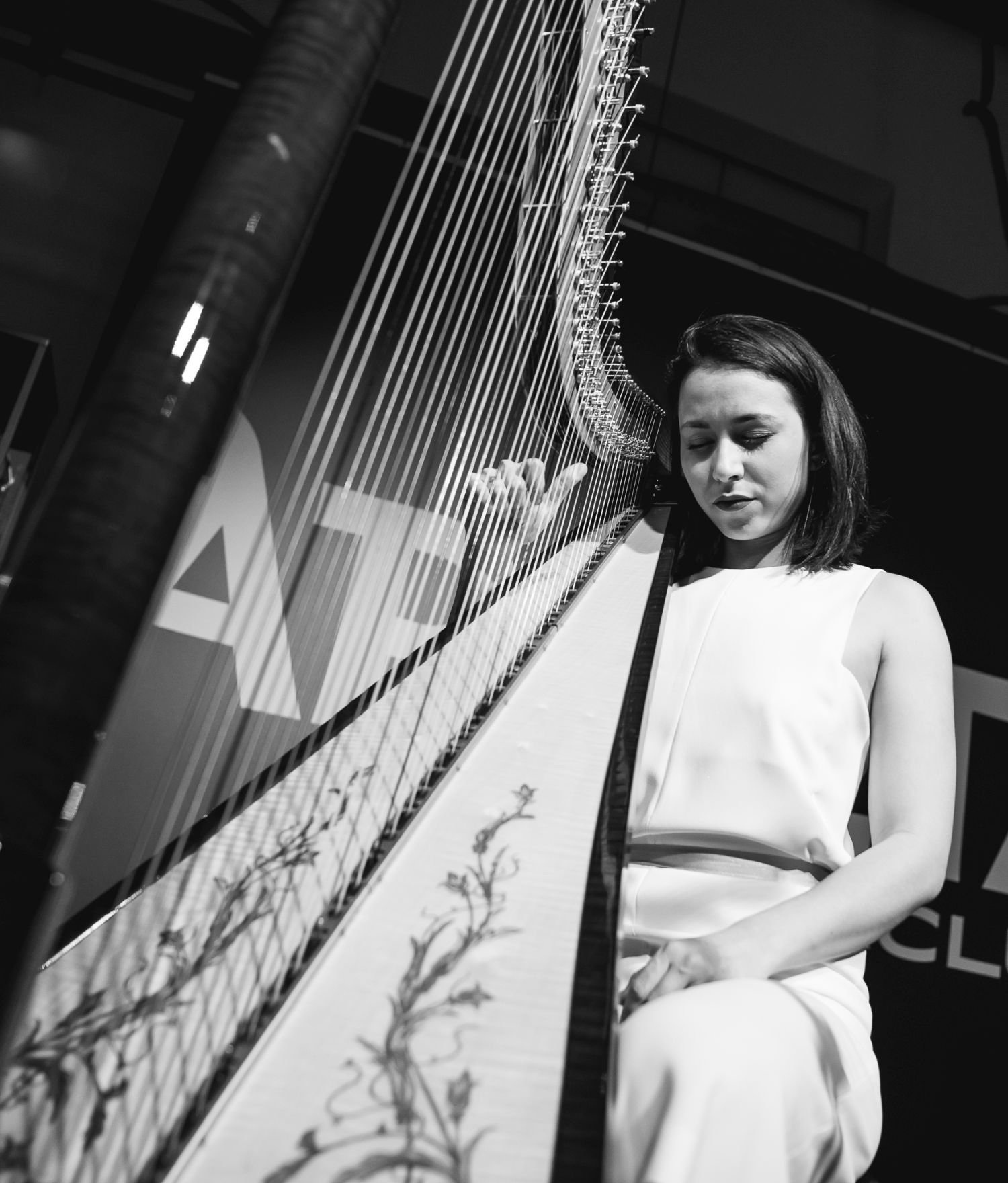 The first edition of the EFS came in the form of a sophisticated and creative four-day programme, ranking it among the top culinary events in Europe, and setting a strong foundation for the next editions to come.

As a result, Ljubljana was consolidated as Europe’s culinary capital, placing Slovenia at the top of the list of desired destinations, and welcoming local and foreign professional audiences alike—among them chefs, journalists, and influencers, as well as foodies like me.

Starring was Ana Roš, the mastermind behind Hiša Franko—one of world’s best restaurants—and winner of the World’s Best Female Chef Award by the World’s 50 Best Restaurants guide in 2017. She’s very well-known, locally and beyond, for putting Slovenia on the world’s gastronomic map.

Food lovers were able to enjoy this tasty programme:

The symposium featured inspiring speeches and discussions among a number of award-winning chefs of international fame; renowned restaurant critics, food writers and journalists; and progressive thinkers and researchers in the field of food, science and new technologies.

We heard it straight from the horse’s mouth! Here’s the full list of speakers that graced the stage at the EFS symposium:

Riccardo Camanini—Lido 84, Chef of the Year 2017 by Identità Golose, Italy