I entered the hall at Cankarjev Dom in Ljubljana just a few minutes after the Slovenian Wine Festival opened its doors to find the air already teeming with the sounds of excited chatter and clinking glasses. My taste buds began to prickle in anticipation as I walked around the stands to get a primary glance of the wines on offer at the SWF.

This was my attempt at preselecting no more than 10 wines that I would taste throughout the evening, knowing that my palate becomes sadly compromised after five wines or so, but I can extend a bit beyond that provided I take a few culinary breaks.

Selecting 10 wines from a whopping 500+ is no easy task. In fact, there were as many as 150 winemakers at the show. So I narrowed my search down according to presentation and the number of people gathered at the stands.

Among those that I selected to try, there was one winemaker that really piqued my interest: UOU (yes! That’s the brand name, derived from the Slovenian word for ‘ox’—vol—pronounced in dialect). The bomb displayed at their table, and throngs of people vying for the attention of the wine-pourer, persuaded me to join the crowd. What was that bomb doing there?

The friendly and informative winemaker Marinko Pintar was quick to satisfy my curiosity. That wasn’t a real bomb case but a ceramic artwork by Dragi Lazovski, in which UOU serves its wines at festivals.

Here’s the connection: UOU is a consortium of small winemakers and other associates including Lazovski, who was also present at the fair and whom I had the pleasure to meet. I asked artist Lazovski (pictured) why he was dressed up in a military uniform.

Pintar went on to explain that Lazovski will be producing a dozen ceramic glasses to accompany an orange cuvée in the making called Borojević. This special/limited edition wine, comprising a blend of grapes from 2015, 2016, and 2018, will be produced on the occasion of the 100th anniversary since the Isonzo Battles near the Soča river.

The UOU Consortium is turning more and more heads ever since it was set up more than a decade ago to bring back to life a number of abandoned vineyards in Goriska Brda and Vipavska Dolina. The wines that Pintar and his fellow winemakers derive from these grape-bearing plantations are natural orange and red, with the former drawing most attention. I tried the Malvazija Ivanka from 2015—richly gold in colour, typical of orange wines, fruity on the nose, with pleasant notes of citrus and dried fruits, and the Rebula Ivanka, also from 2015—of amber colour, deliciously intense, pairing well with mature cheese.

Orange wines—white wines made in the same way as reds, where the maceration period is prolonged, so named due to their hue rather than their contents—have gained immense popularity in Slovenia and elsewhere in the wine-drinking world, and have also made it to my list of tops.

Having delved into quite a bit on UOU doesn’t mean the other wines I tried at the festival weren’t to my liking. On the contrary, there were a host of other great ones. The Slovenian Wine Festival is one of the biggest and most prestigious wine events in Slovenia, offering an immense array of top-quality wines from small to well-established wineries, and an entire section dedicated to biodynamic wines. I’d first attended the fair in 2013, and it’s really grown since then. In fact, it recently moved from the Hotel Union to Cankarjev Dom, where it initially began, and where all of Ljubljana’s large-scale events are held.

Apart from bringing together wine lovers, businessmen, and traders from Slovenia and beyond, the festival is host to a number of workshops and competitions.

This 26-year old chef (pictured above) from Evergreen Restaurant of the renowned Kaval Group is one of the youngest and most promising chefs in Slovenia, and has been awarded the Gault & Millau title of Young Talent of 2019.

So I made it a point to attend his workshop where I learned how to make some delicious cold appetisers. Mojmir also pointed out which wines go best with which appetisers. That knowledge will come in handy for our next house party! You can stay tuned to my blog for some fun info on food and wine pairings, which I’ll delve into hopefully in the not-too-distant future.

I noted that the SWF gives ample opportunity for promising young winemakers to shine. Together with Lidl Slovenija, it organises the Best Young Winemaker competition, and the 2018 winner was Martin Erzetič from the Čarga 1767 family farm in the Goriška Brda region.

We are the champions! 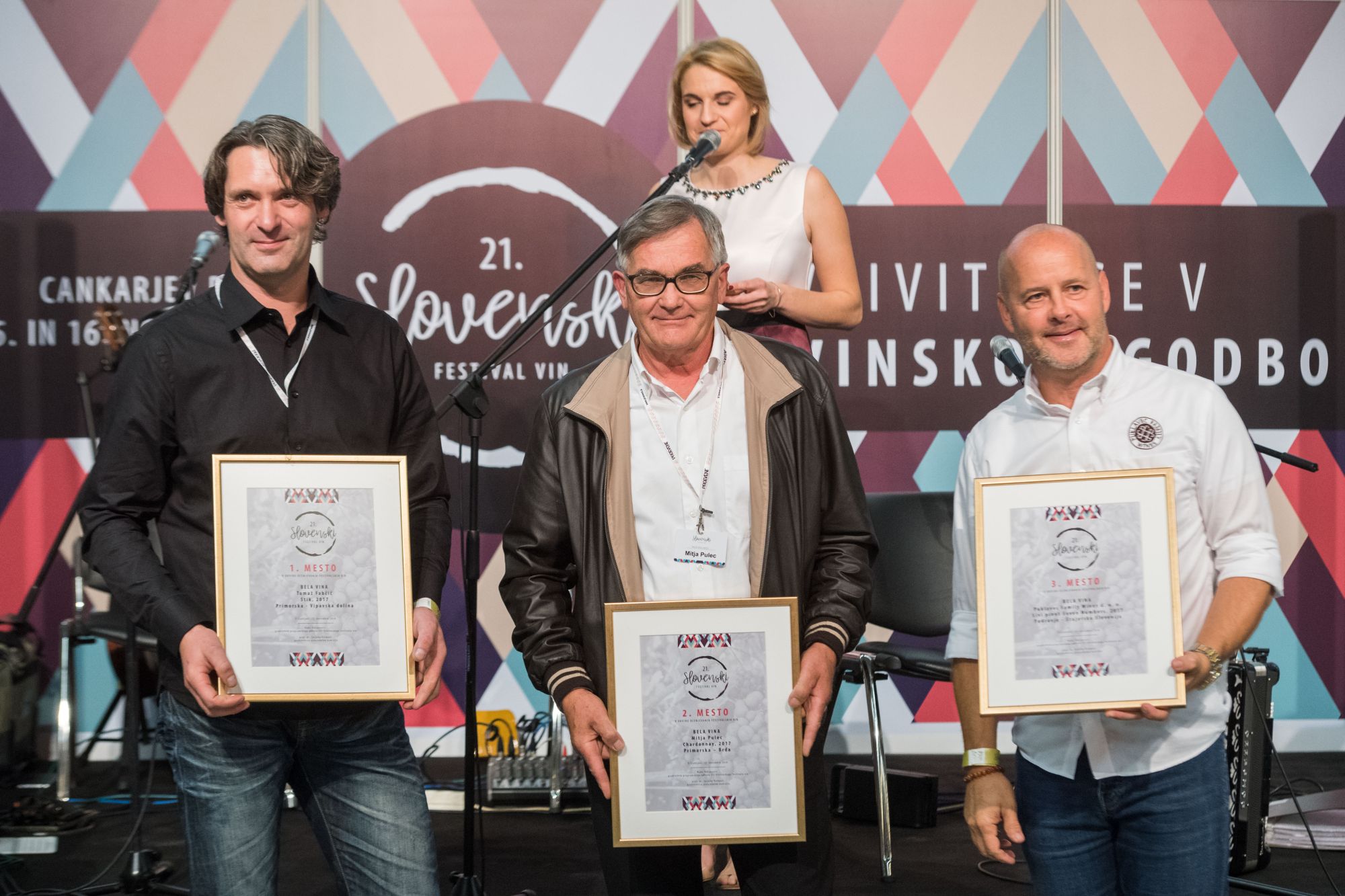 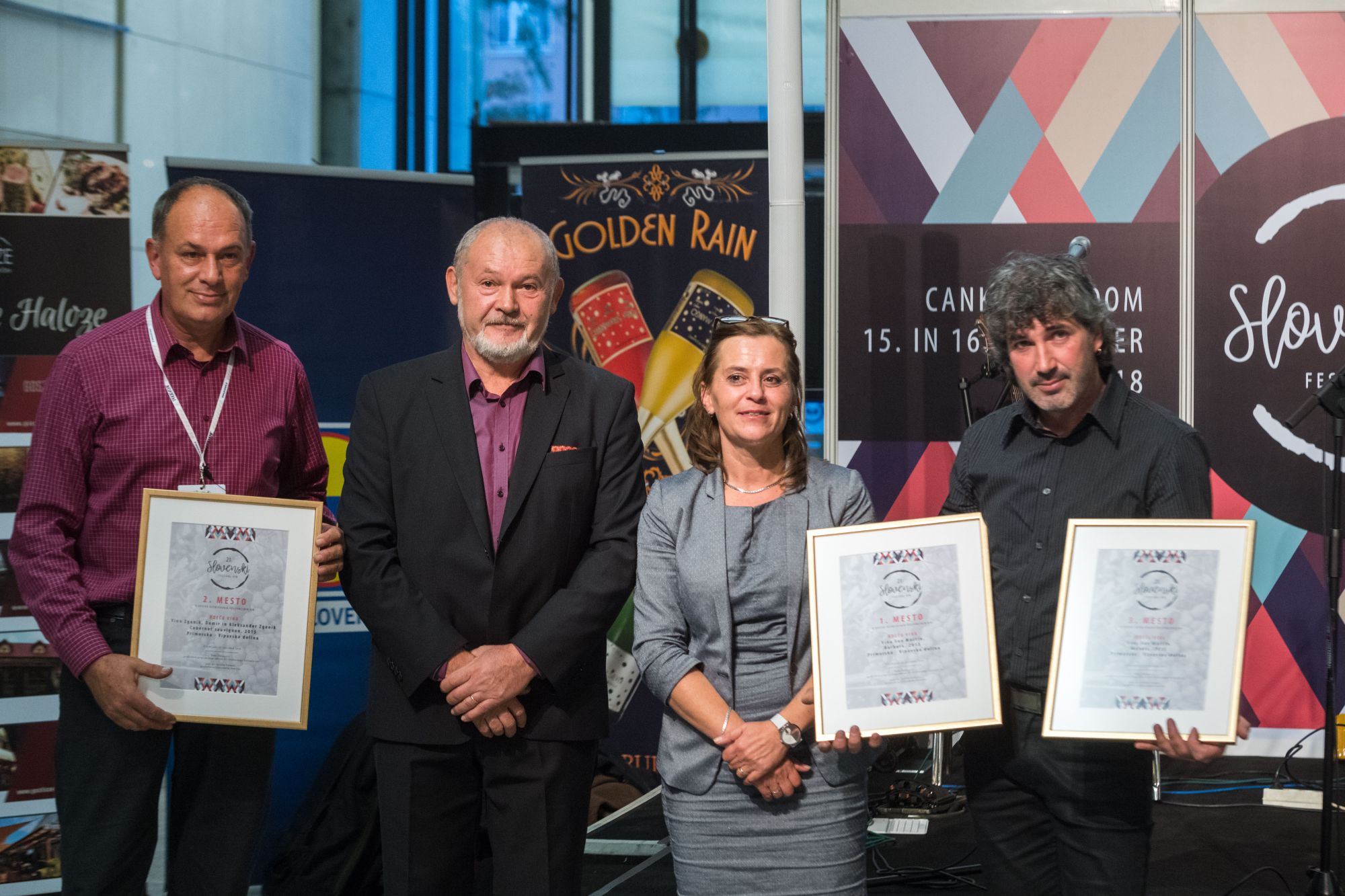 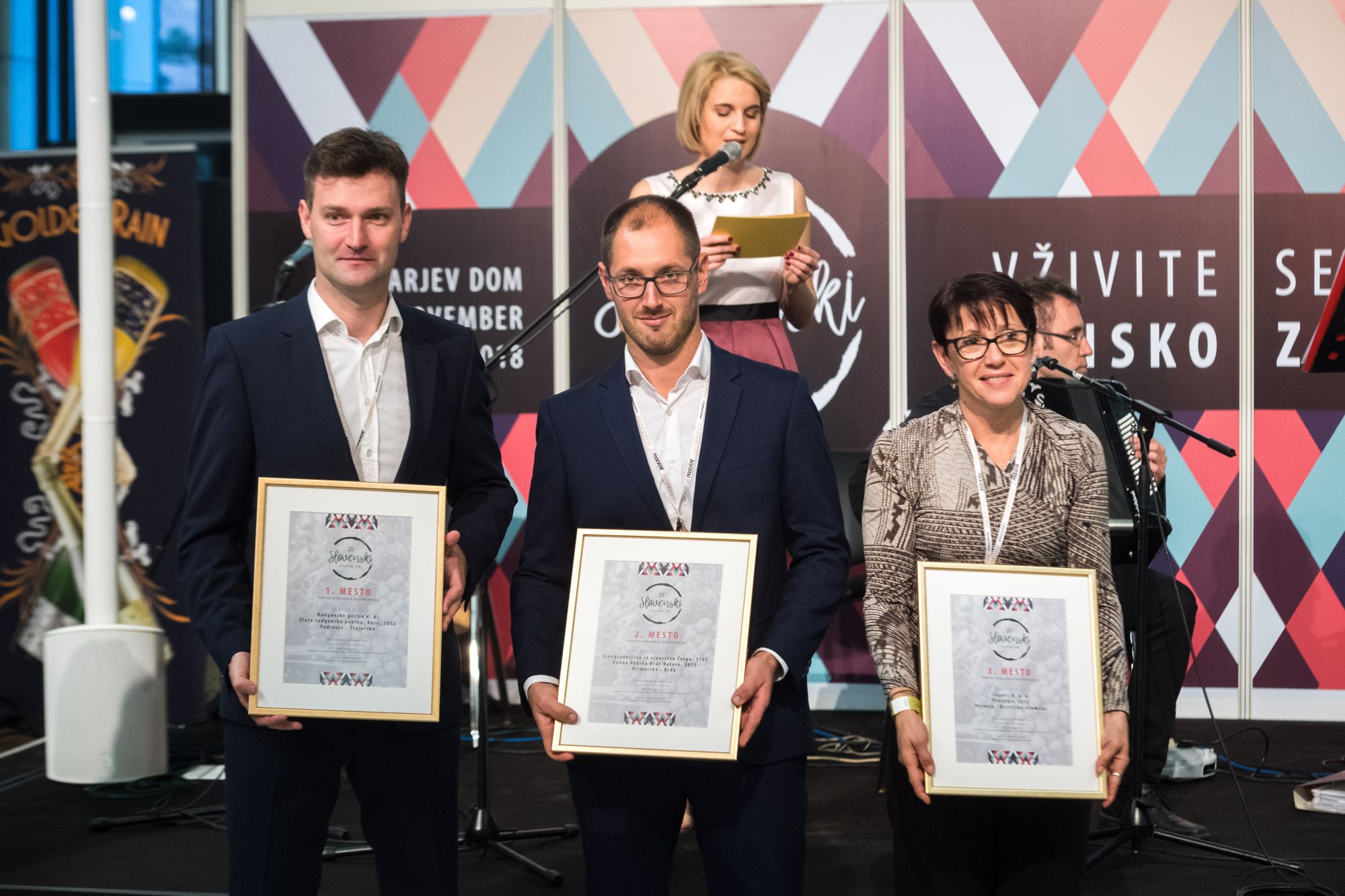 A seven-member judging panel, led by the chair of the evaluation committee Professor Dr Tatjana Košmerl (renowned Slovene researcher and Chair of the Department of Food Science at the Biotechnical Faculty of the University of Ljubljana), chose the best in each category from among 55 white, 28 red and 12 sparkling samples.

Here are the three wine winners from each of the three categories you want to be paying special attention to this year.

My taste buds started packing up quite a while before the festival came to a close, so till then I kept a focus on food sampling. I tasted some pungent olive oils made in Slovenia’s western Primorska region, cured meats, and five ghee varieties from Zlati Ghee including my favourite flavours: truffle and hazelnut.

There was no shortage of tasty food samples at the fair, and while I dream of all the goodies the festival had to offer, I can’t help but look forward to the next edition of the Slovenian Wine Festival, which will be held on November 14 and 15, 2019, again in Cankarjev Dom.

Organised by Proevent and RadoSt.

Held over two days as part of the November Gourmet Ljubljana project during which the city hosts a rich culinary programme throughout the entire month.

Held under the patronage of the Minister of Agriculture, Forestry and Food Dr Aleksandre Pivec.

The 2019 Slovenian Wine Festival will take place on November 14 and 15 in Cankarjev Dom.